Wood Ear to Open This Weekend in the Roma Building

Texas-flavored ramen joint, Wood Ear Whiskey Lounge & Noodle Bar, is set to open June 24. Matt Arnold -- owner and general manager, and his employees “have resurfaced every inch except for the original walnut bar” (which was crafted by the Brunswick-Balke-Collener Company in 1860).

Wood Ear aims to stay open year-round, with the exception of a week each off-season, and by becoming “a place where everyone can afford to eat,” Arnold said. “People will be shocked by our prices.” 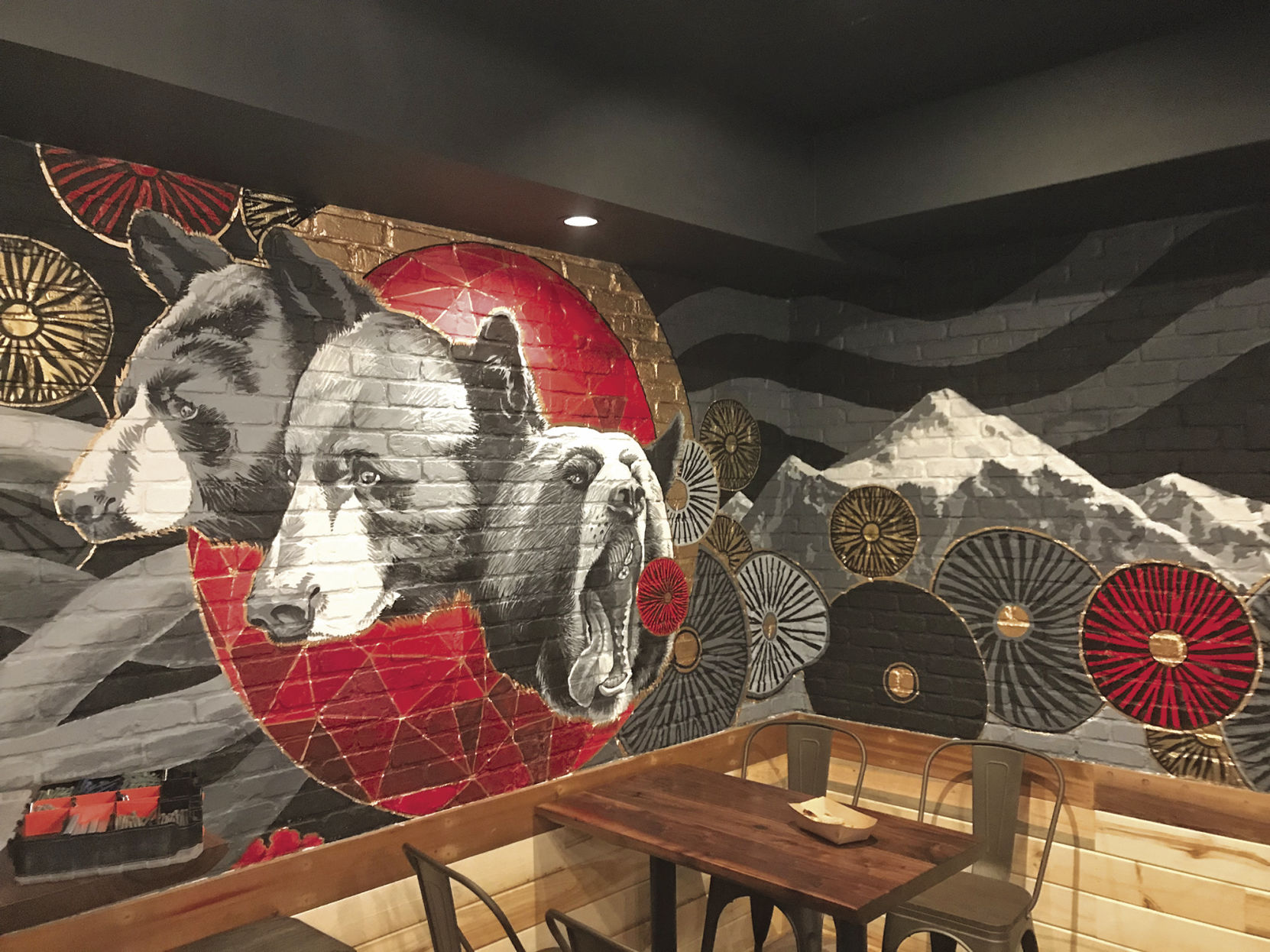 “We’re trying to bring our own touch to ramen,” Bush said. Lots and lots of ramen, that is:  According to Arnold, Wood Ear will boil 200 pounds of bones per day to create broth for all the ramen entrees on the menu.

That process will take two days to complete, in order to intensify flavors, as will the smoking of Wood Ear’s brisket.

Like neighboring restaurants La Cocina de Luz and Butcher & Baker, Wood Ear will operate as a counter-service joint. That way, Arnold said, he can save on employee costs and pass down the savings in the form of, well, 50-cent pickled carrots.

In early March, Arnold imagined Wood Ear as a “cocktail lounge that serves Japanese-inspired drinking food.” The more the three main players tinkered, though, the more “we amped up our food” offerings, said Arnold. He now describes Wood Ear as a “Texas Hill Country-inspired ramen joint.”

Wood Ear is still obtaining whiskey from the East — just not the Far East. Bar manager Davis has stocked the bar with libations from Vermont’s Whistle Pig distillery instead of the major Japanese exporter because “Suntori is currently the most sought after brand of whiskey, and it rarely makes it off the coasts.”

Wood Ear’s new look will surprise those familiar with its predecessors’ gray-and-black hues. Arnold pointed to an Oregon artist’s fabulous new mural — in which bears snarl as long-stemmed chanterelles stretch for the horizon — and said, “We’ve started calling our motif ‘psychedelic hunting lodge.’”

That sounds about right, given the new wooden paneling: a lively interplay of beetle-killed blue pine, aspen and white pine.

The mural surrounds the traditional stage of the Roma. The stage, Arnold said, will hold music acts during both Ride Fest and the Telluride Jazz Festival.