The TREC team hosted Matt Skinner with the Colorado Flights Alliance at its most recent sales meeting. Skinner served at the Director of Marketing for the Telluride Ski Resort rom 2006-2007, and then the Executive Director of Sales & Marketing until 2009. He then went on to serve as VP of Sales & Marketing from 2010-2012. Skinner has been the CEO of the Colorado Flight Alliance since his time at TelSki, and has been at the helm for 7 years, since 2012. 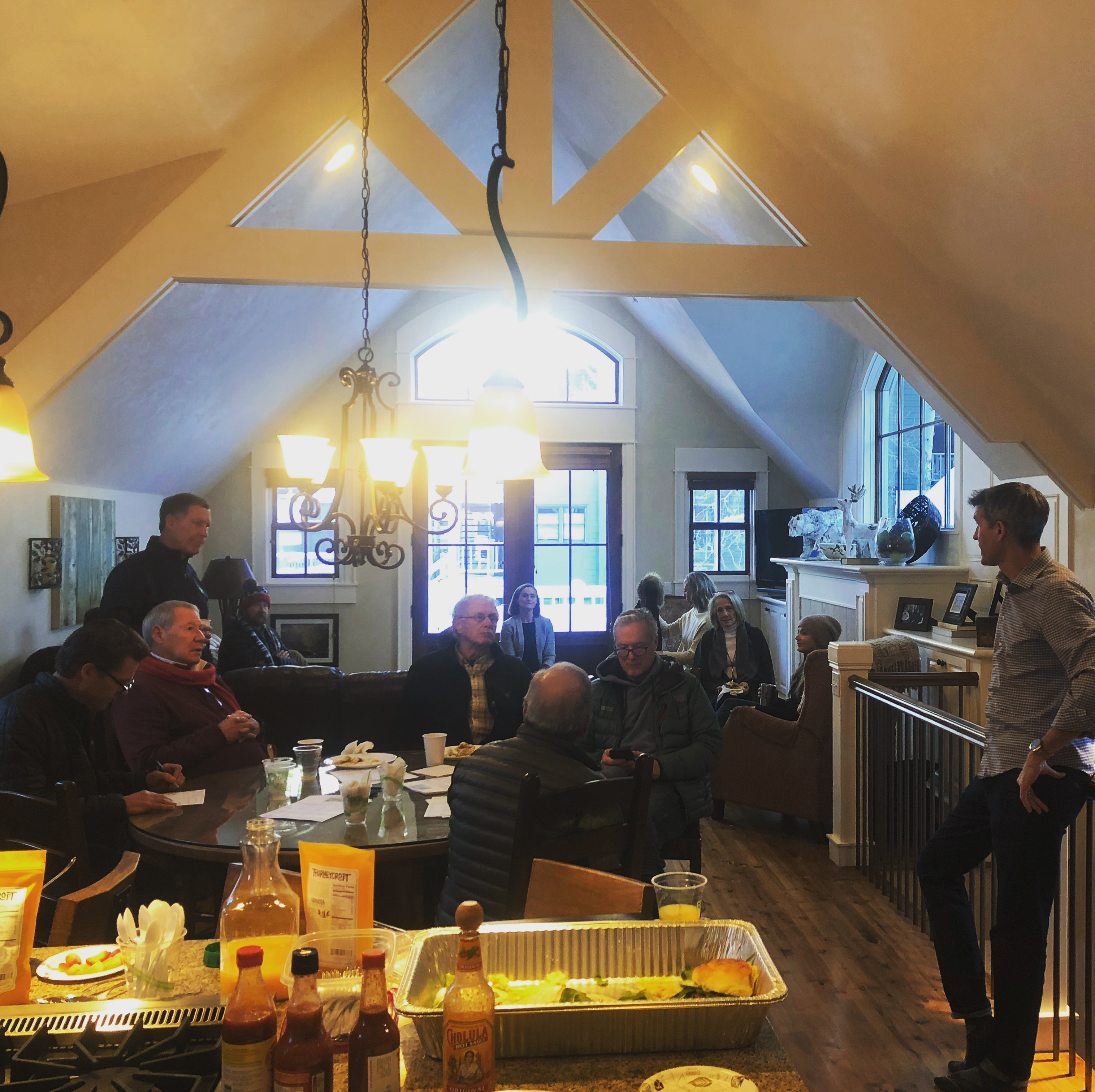 Talks with Denver Air Connection started several years ago and the opportunity to work together arose when the Telluride Regional Airport lost commercial service twice within the past three years.

“It’s been the evolution of Denver Air Connection’s service capabilities and all the investment by TEX over time that finally brought us to the point that we’re able to put together this service,” Skinner said.

Fortunately winter air traffic numbers weren’t affected by the short gap in commercial air service. TEX and the Montrose Regional Airport (MTJ) saw a record number of travelers this season. Skinner credited the increase in direct flights to and from Chicago, Los Angeles, Dallas and Houston for the increase.

According to Telluride Regional Airport Authority Chair and TREC VP Jon Dwight, offering commercial jet service at TEX has been a decade in the making, thanks to airport improvements and the approval of several new approaches. The FDA also required runway and facility upgrades.

Several TEX projects have been completed, including reconstruction of the aircraft apron and taxiway, as well as terminal improvements. Seal coat and engineered material arresting system (EMAS) work was completed Summer 2018. The $6.7 million dollar apron project was funded by two grants, a 90 percent Federal Aviation Association Grant and a $250,000 grant from the Colorado Division of Aeronautics as well as funding from the airport itself. General and commercial aviation terminals, and the lounge area were upgraded and the size of the TSA holding area was increased.

“Since that time, our goal has always been to expand commercial service into Telluride,” Dwight said. “I was extremely excited that the 10 years of effort was finally coming to fruition and we were able to provide commercial jet service to Telluride, which we’ve wanted to do for a long time.”

At MTJ, American Airlines has added a third daily flight to Dallas-Fort Worth in the core summer months, offering two flights a day in early and late summer. MTJ still offers daily flights throughout the year.

United Airlines offers daily flights to Chicago O’Hare International Airport, which also runs twice on Saturdays in July. The daily flight continues to operate in the fall months and winter, and TEX would like to see year-round service.

Skinner indicated that the flight alliance is an economic anchor and engine that’s tightly tied to housing and the overall health of shops and restaurants. In the 10-year cycle, jobs are now long and housing is short and people are looking for money. It’s important that we vocally and publicly support the Colorado Flights Alliance initiatives.

Skinner stated that a recent study indicated that 80% of Telluride’s tourism is based on these flights and our interlinked economies with Montrose. A study soon to be revisited this January. As an economic sustainability and vitality partner, the Town of Telluride needs to stay informed and supportive of the Colorado Flights Alliance initiatives. Skinner emphasized the point with the history of how Crested Butte lost their destination status by loosing their air funding. With $200,000 in lost revenue, Vail quickly took the lead, and now with the EPIC pass, their future is unknown.

TEX has shown significant growth in the shoulder season. The Chicago flight three times a day has certainly helped, and the flights out have increased by two. This 20% growth with mainline jets is promising, and Skinner indicated he would like to see a daily San Francisco flight by next year. The numbers are up 14% overall, with December – March up 10% and the holidays up 3-4%. We are getting over the snow hangover and Skinner indicated he’s seen a spike in business with weddings and hunters in October. 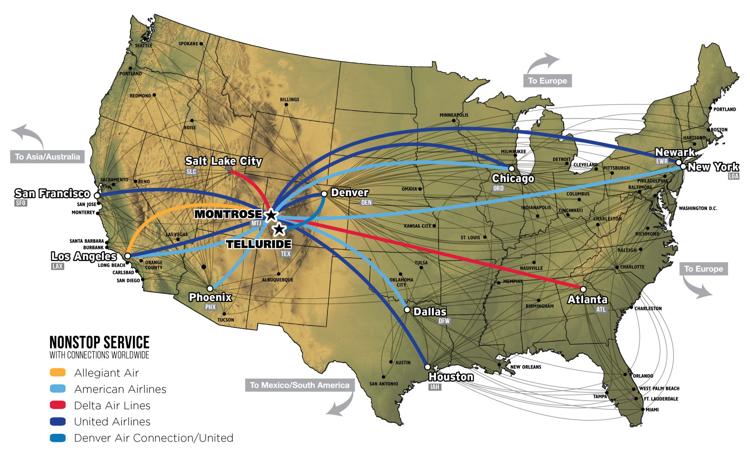 TellurideFlyer.com is also a new tool to search for fares. Skinner said guests can find fares similar to the early 2000’s yet holidays will be about the same as last year. He’s thrilled that Telluride is now considered easy to get to.

Skinner indicated that the Montrose Regional Airport also has plans to expand. MTJ plans to expand the 4th Gate and two curbside check ins to help ease the Saturday compression. MTJ will expand north before it builds up. There are currently plans to enclose the outdoor baggage area which will double the square footage. Skinner indicated we’d see a second story maybe in 10-20 years.

Parking will now be made easier as the nearby dirt overflow lot has been graded and second homeowners and those parking for months at the time will be encouraged to park in overflow, versus crowding the already packed lot closest to the airport.

Skinner also briefly touched on TelSki and Telluride.com websites merging. He indicated it should be an efficient flow through with traffic and grow within a year, year and a half. He also suggested that the proposed rental tax that recently went up to 2% in Telluride beginning Jan 2020 should be global to all at 1%, an interesting proposition.

With Telluride now easier to get to than ever, it is thrilling to see these 10 year plans come to fruition and Skinner has high hopes for the future.