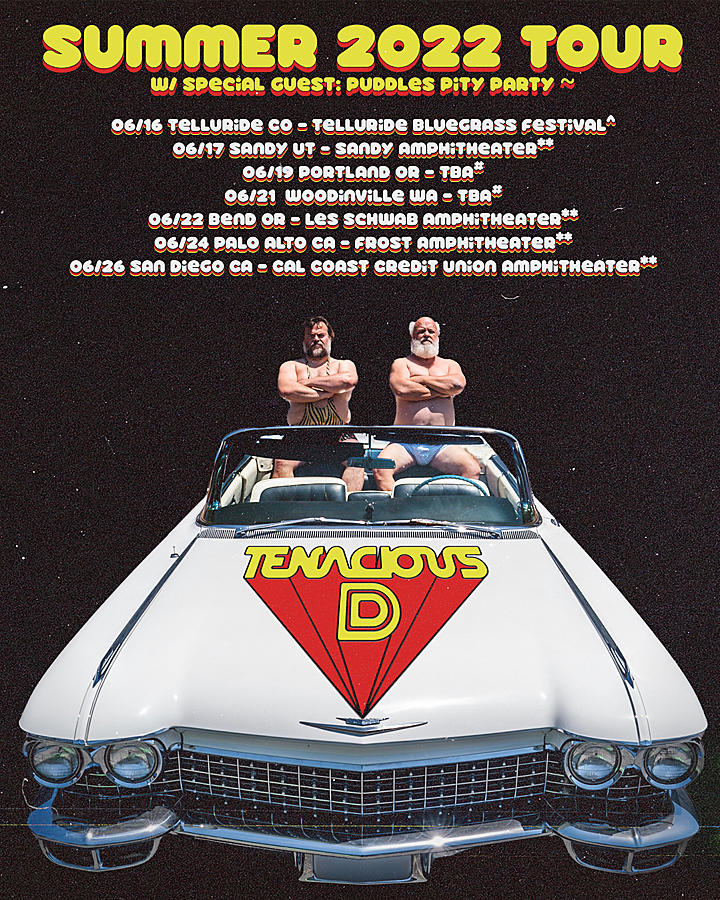 Have you caught the D? Well, what are you waiting for? Tenacious D will be back on the road next summer, taking part in a brief run during early June that kicks off with their appearance at the Telluride Bluegrass Festival.

JB and KG will be rocking your favorite tunes, serving up what will be a late celebration of the 20th anniversary of their self-titled debut album. The band has been dipping into their past for the anniversary, recently releasing the "Super Power Party Pack" reissue edition of the album that includes their original 1995 demo cassette as well as the 2002 Tribute EP.

For the upcoming dates, the band will play shows with Puddles Pity Party. The run is primarily centered in the Western U.S. with stops in Utah, Oregon, Washington and California after the initial tour kickoff in Telluride, Colorado. See all the stops listed below.