As people moved into the high country during the pandemic, it took a toll on some communities. 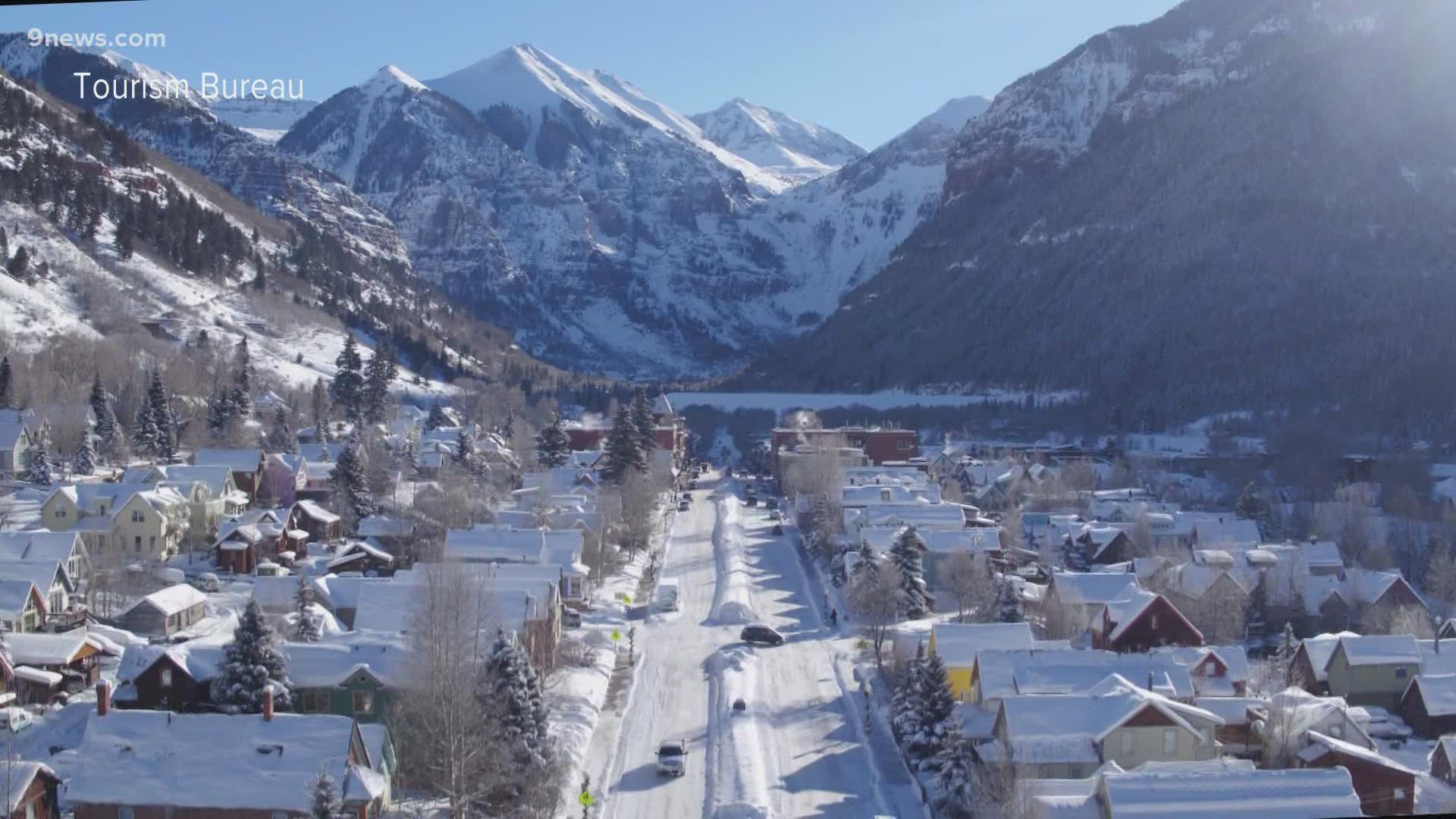 DENVER — After the COVID pandemic started, people searched for a change of scenery, a break from people and a break from their day-to-day routine. In Colorado, many people looked to the mountains.

But parts of the high country are feeling the pressure from a surge of people and it's taking an expensive toll.

RELATED: Skiing isn't cheap. How did it become so expensive to hit the slopes in Colorado

After the initial shut down, San Miguel County, including Telluride, saw a dramatic increase in number of day visitors, as well as people moving to the county.

"Seeking refuge away from people and go explore, and have a little break from the normal routine," Mike Bordogna, the county manager, said. "A lot of folks during the pandemic were soul searching and realized if our lives could be short, we might as well go to a place that makes us happy."

The Telluride Tourism Bureau said credit card data shows a 9% increase in visitors from 2019 to 2021. The bureau said there is also an increase in part-time and new residents.

The increase in population is putting pressure on the county.

"We want to embrace them and educate on how to decrease some of the negative environmental impacts of more people," said Bordogna.

One example is roads. Homes and communities in the area are connected by rough rural mountain roads. These are roads built for a certain level of traffic. The increase in traffic has put a strain on the county, just to maintain the roads in their current conditions.

"Last year, we had the highest number of visitors in history," said Bordogna. "This year, we are expected to exceed by 20 to 30%."

This means some local roads that may have gotten 10 trips a day are now seeing as many as 200 trips a day.

However, the people who are called in to fix roads and plow them during snow storms are the same people being pushed out of the area, as far away as Montrose and Norwood.

"When we do have snow storms," said Bordogna. "We have to call staff to respond who are coming an hour, two hours away."

"Service demands are outpacing our funding. We've been able to build up a healthy funding balance."

Chris Sommers is a real estate broker who's been working in Telluride for more than 20 years. He said prices in ski resort areas were inflated to begin with, but then pricing became even more intense after the pandemic started.

"The Vails and Aspens achieved those numbers in the past," said Sommers. But Telluride's market is considerably smaller.

"A fraction of the Vails and Aspens of the world," he said.

It's made affording to live in and around Telluride very difficult. Building more affordable housing is in the works, including deed restricted housing, meant for people who work and live locally. This includes 30 units annexed into Telluride and another 24 homes in Norwood.

However affordable is relative.

"The last round of deed restricted product to come was around half a million dollars," said Sommers.

Bordogna said some properties ranged from $300,000 to over a million. He also said these units are being snapped up quickly and that while there is additional housing being built, there is no quick or inexpensive fix to the situation.

The geography of Telluride also limits the amount of and locations where houses can be built.

In response to the influx of people, voters in Telluride OK'd a ballot measure in 2020 putting restrictions on short-term rentals. As many as half of the homes are second or third homes and not primary residences. They also decreased the lodging tax, collected on all lodging properties that goes toward marketing the region. Bordogna said the goal was to decrease marketing because the area has become so popular.

Grand County Commissioner Rick Cimino said a similar scenario is playing out there. He said there's been a big influx of people making day trips and their trails are showing the wear and tear.

But expanding infrastructure like roads to meet that kind of demand is out of reach right now because increased revenues from tourism and property taxes are going towards maintenance, according to Cimino.

"We have 800 miles of road in Grand County," he explained. "Seventy-six are paved and 700-plus are gravel roads."

When it comes to maintenance, Cimino said some they've had to save money and go for cheaper fixes for the time being.

"We like being the place that Colorado comes to be tourists," said Cimino. "But if we want to be a place to go, we might need to consider that kind of funding increase."

As much as 75% of the homes in Grand County are not people's primary residences, adding to the housing crunch that's pricing so many people out of living where they work.

"Work force is moving back home, business owners are scrambling to get workers. I don't know what the breaking point is. It's a struggle every day and every week," Cimino said.

While affordable housing is in the works and more funding set aside for building more affordable homes, Cimino said there's a long road ahead.

"Can't build over night and we will be struggling for years."

His ask of visitors? If you are considering a day trip, consider an overnight trip that can give the local economy a bigger boost.

"If you don't live here already, you are probably not moving here unless you are extraordinarily wealthy," he said.

He also asked people to visit less crowded ski resorts and trails to spread out visitors.

The Northwest Colorado Council of Governments helped put together a study on this very issue across several counties.

When it comes to housing, the report addressed the fierce competition, including in Aspen's employee housing program and how they received 75 applications for one-bedroom home.

The report said, "Barring a recession that surpasses the fall in property values seen in 2008, many do not see what could bring affordability back for local workers."

While labor shortages were reported as an issue across several counties, the report also talked about some of the positives. This includes more visitors and residents helping businesses stay open and the potential to diversify the economy.

Potential solutions included taxes but also talked about deed restricted housing as well as the idea of land swaps.

"Communities and regions should review existing federal, state, and local public lands, including those owned by school district, for housing suitability and conduct land swaps as needed to open up more developable land for housing.